After last year’s untimely death of Eagles co-founder Glenn Frey, Don Henley said he couldn't see the band continuing on without him. But now 17 months later, The Eagles have committed to playing this summer’s Classic East and Classic West Festivals. It's a very good sign that the band will in fact carry on.

This weekend, we’ll go back to what they called their “Farewell One Tour.” We’ll hear a legendary performance captured live at the Rod Laver Arena in Melbourne, Australia on November 14th, 2004. 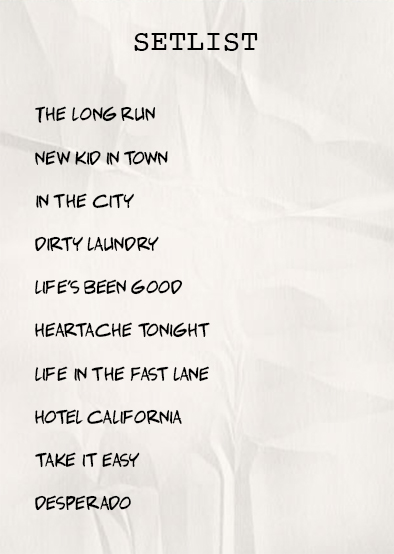