U2 is still out on their "Experience + Innocence" tour. This weekend, they're in the middle of a 4 night stand at the Mediolanum Forum in Milan, Italy. They have dates scheduled through November 13th in Berlin, Germany.

This weekend, we'll hear one of those concerts- a legendary performance captured live at the United Center in Chicago. It was May 10, 2005.

Don't miss this legendary performance by U2- they're headlining the next Live in Concert! 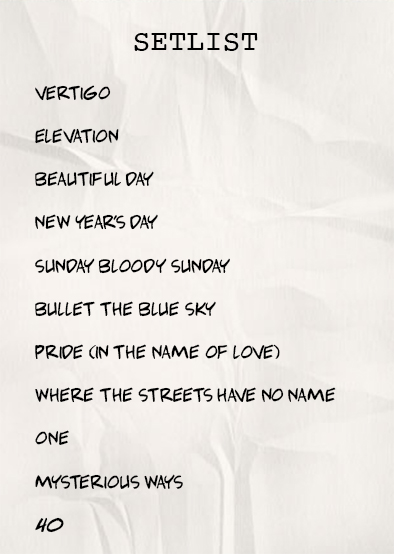