We're kicking of the year 2020 with a legendary performance by San Francisco Bay area legends, Journey!

After releasing their groundbreaking album, “Escape,” Journey launched a highly successful tour that took them across Japan, Canada, and the United States. They played 132 concerts in just about a year's time.

This weekend, we’ll go back to that tour and listen to a legendary performance captured live at The Summit in Houston, Texas. It was November 6th, 1981.

Don’t miss the classic lineup of Journey! They’re headlining the next Live in Concert. 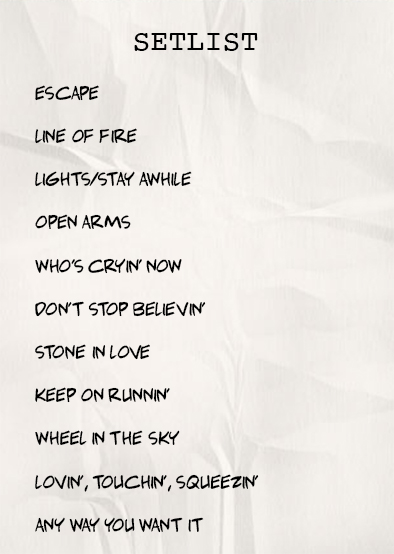